We are taking the threat of COVID-19 very seriously. Click here to find out what our firm is doing.

Blog Get Your Free Consultation 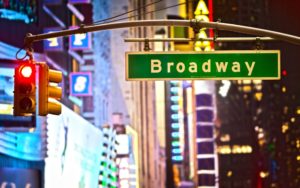 New York City leaders say dangerous driving during the COVID-19 pandemic has led them to reduce speed limits on nine major streets that have had some the highest rates of accidents across the five boroughs.

A NYC news release published September 1 says the reduced speed limits will go into effect as new speed limit signs are posted over the next 4-6 weeks.

The streets and miles of roadway with lowered speed limits are:

The city also announced that the Department of Transportation had reached its goal of activating cameras in all 750 school zones.

“Speeding is a leading cause of traffic fatalities. Even under COVID-19, this administration has maintained our commitment to keep our streets safe for all users, especially the most vulnerable,” DOT Commissioner Polly Trottenberg said in the news release. “We are reducing speed limits on some of the city’s most crash-prone corridors….”

In a report about the speed limit changes, The New York Times said that more passengers, drivers and motorcyclists have been killed in car crashes so far this year than in all of last year: 28 drivers, 16 passengers and 26 motorcyclists have died, according to city data.

The Times said that in June, when traffic in New York City returned to around 80 percent of pre-pandemic levels, there was a 22 percent increase in the number of passengers and drivers killed in crashes compared with the same month last year, according to data from the city and INRIX, a data collection firm.

“People got in the habit of driving too fast and too recklessly when roads were more open, and unfortunately, we’re still seeing that behavior,” DOT Commissioner Trottenberg told The Times. “We’re starting to get almost back to normal, but there are still times and places in the city where traffic levels are lower and drivers are able to get up to higher speeds.”

The National Safety Council (NSC) has repeatedly warned about the soaring rates of traffic fatalities across the country as COVID-19 pandemic lockdowns reduced traffic on the nation’s roads. With fewer cars on the roads, some drivers chose to drive at much higher speeds.

The 20% increase in the death rate for the first six months of the year is the highest jump the NSC has calculated for a six-month period since 1999.

“Because of COVID-19 and states’ shelter-in-place orders earlier this year, the country should have reaped a safety benefit from less traffic,” said Lorraine M. Martin, the NSC’s president and CEO. “Instead, our soaring rate of deaths speaks to our need to improve safety on our roads. Clearly, we must work harder as a society to reverse this trend, especially since the pandemic is not nearly over.”

The release says the city’s speed camera program has deterred speeding in school zones by more than 60 percent and that the New York Police Department has conducted targeted operations focused on keeping motorcyclists safe through enforcement and education.

The city’s “precision policing” as it pertains to addressing traffic violations is viewed as being more effective in accomplishing the Vision Zero goal of saving lives.

Vision Zero is an initiative to end traffic deaths and injuries on New York City streets. Since the program’s inaugural year in 2014, the City’s traffic fatalities have declined more than 25 percent — bucking national fatality trends, which have increased 15 percent over the same period, the city says.

Speak to a Car Accident Lawyer in New York City

If you or a loved one has been seriously injured in a car wreck, car crash statistics don’t matter. You need help recovering from the accident medically and financially. A knowledgeable NYC car crash lawyer is available to review your case and discuss your legal options.

The car accident attorneys of David Resnick & Associates, P.C., understand the disruption that a serious car accident can have on your life. We have helped many families in Manhattan, Queens, Staten Island, Brooklyn and the Bronx move forward after car accidents. We will work to help you seek the full insurance compensation you need to recover fully if you’ve been injured by another driver. It’s important that you are compensated for the full financial and emotional impact of your injuries and losses.

For a free initial evaluation of your case, contact our firm today at (212) 279-2000 or by filling out our online contact form.